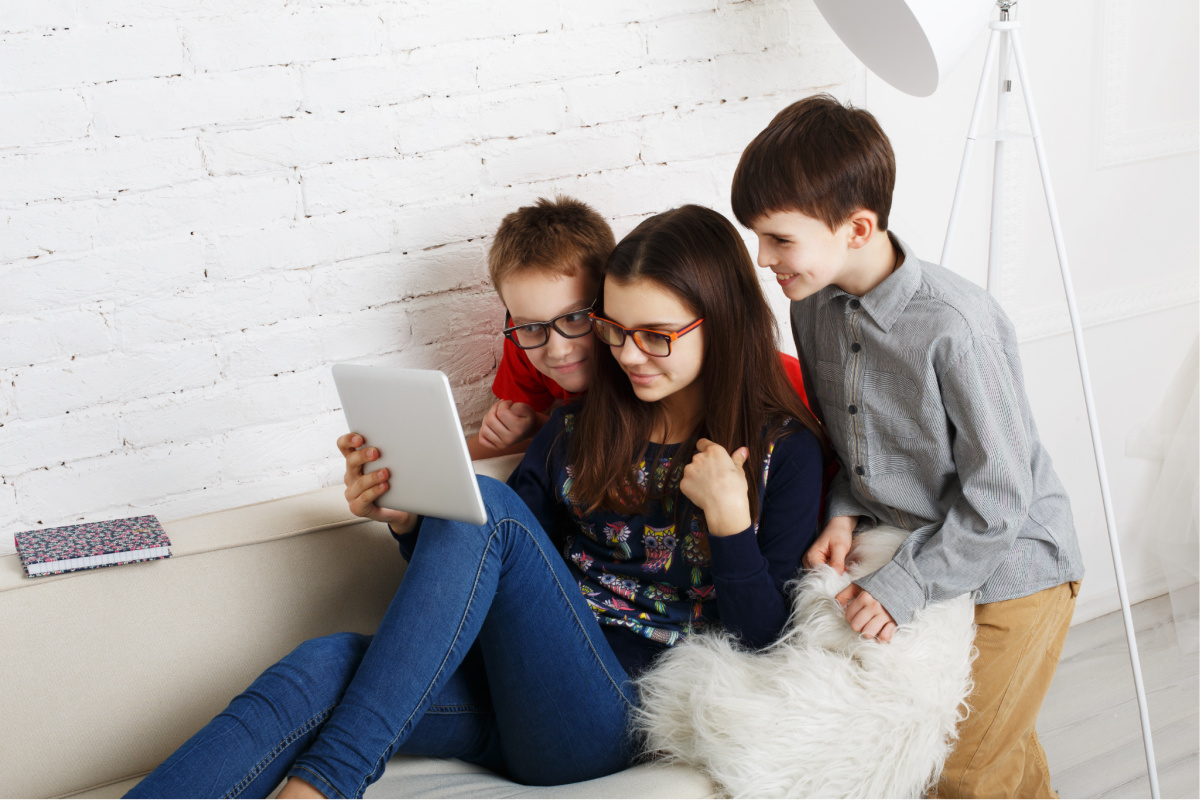 As a parent of two tweens, a tech-focused millennial, and someone who actively works in social media marketing I definitely have an advantage when it comes to my kids’ social media accounts. Specifically, knowing what they’re all about, and what they can get up to on them. As parents, tween social media use can be pretty worrying, especially when you’re not sure what they’re doing online.

Hopefully, this guide can help explain some of the more popular platforms that tweens and teens are spending their time on. Even if you’re not worried about your child’s social media use, it’s still a good idea to familiarize yourself with popular platforms just in case.

Rather than listing it on each platform, this is the blanket warning: All social media comes with a risk of bullying. Any time you have social engagement, especially on a public platform, there’s a chance people can leave comments or send messages that are hurtful.

It’s estimated that 1 in 3 kids have experienced cyberbullying, so it’s definitely something parents need to watch out for when their teens or tweens use any social media platform. 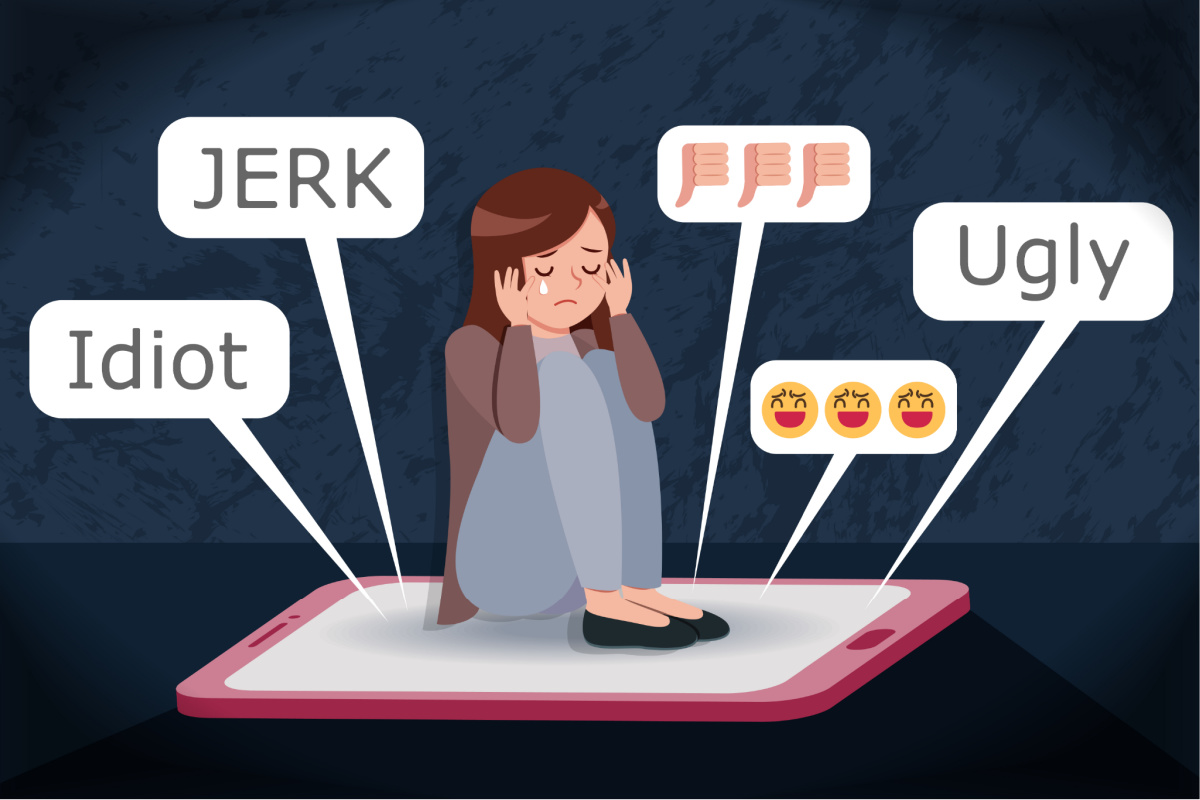 I have to admit, this is one I personally spend way too much time on. Basically, TikTok allows you to post short videos, with the option to set music. Kids can record it live, or upload a pre-recorded video, and edit it right from the platform. Trends move quickly, with dances and pranks becoming wildly popular and then disappearing almost overnight.

Posting lame lip-synced videos of them and their friends dancing to their favourite songs. They might also follow celebrities, or engage in members of ‘fandoms’ (fan communities) for media that they enjoy.

It’s not uncommon for teens to post videos called ‘thirst traps’ to get attention and followers. This is basically dancing with sexual connotations, which is fine for adults, but not so much for teens to do publicly. TokTok does not allow nudity.

You can filter adult content and set time limits under parental settings. For extra safety, a TikTok account can also be made private so only your child’s accepted friends can see their videos.

Twitter lets people share short messages, photos, and videos called ‘Tweets’. If your account is public, anything you share is discoverable and visible on your profile. You can also reshare (called ‘retweeting’) tweets posted by other people.

Most tweens sign up for Twitter as a way to interact with other members of a fan community since Twitter is a pretty adult (the boring kind) social media platform. There’s a lot of social discourse on the site, so it’s also popular for activists of any age. Finally, it’s a way for kids to follow their favourite content creators or celebrities and interact with them.

Since there are more adults than kids on Twitter there’s a real possibility of tweens, especially girls, getting inappropriate replies or messages. Twitter is also less restrictive about content than platforms, so it’s possible that they could interact with or even post explicit material.

Twitter doesn’t have great parental controls, but you can adjust some settings to make it safer. In your child’s profile, disable DMs and replies from people they don’t know and don’t allow explicit media to be shown. You can also make their tweens private so only people they approve can view their tweets.

Most parents are loosely familiar with this one, but here’s the rundown. People can take pictures or videos, called ‘snaps’, and send them to anyone on their contact list. Once the recipient views the snap it disappears. There’s also a chat option with messages that can be automatically deleted as well.

Sending ‘ugly’ snaps to their friends with the funny filters provided in the app. Teens also like to use the location feature (that shows where your contacts are) as a way to meet up with friends. For most tweens, it’s just a lot of silly fun.

Snapchat is the go-to platform for sending naked pictures or sex videos. Since things delete, kids think they won’t get caught. The problem is that you can take a screenshot. The recipient will get notified, but there’s not much else you can do about it. Even if your teen isn’t sending pictures, they could be receiving them.

Stalking is also possible with the location feature.

You can set it so your teen can only receive snaps from friends and hide their location in the settings. You can also make it so no one can add them through their phone number. Unfortunately, unless you check your kid’s Snapchat account regularly, you won’t know if they’ve added someone new.

If you remember Livejournal or Myspace then you probably already have an idea. Most tweens and teens use Tumblr as an outlet for their angst and share short stories, poetry, and personal ideals. There are also fan communities that are active there, and it’s a very popular way of sharing fan art.

There’s a lot of toxic posts and communities on Tumblr, and younger teens especially run the risk of getting involved with the wrong people. There’s also a lot of mature and adult content available, which might be shared in the same fan communities kids are in.

Another risk is oversharing publicly. It doesn’t always feel like the information a tween is posting is public until strangers start sharing and commenting on it.

Since Tumblr banned pornography a couple of years ago the platform has been a lot safer for tween and teens. You can also filter mature content, and make blogs private.

This is one platform most parents are familiar with. Tweens can post pictures and share them publicly while adding hashtags to make them easier to find.

Stalking is a possibility if your tween posts pictures in recognizable locations, or adds their location to posts.

The best way to keep kids safe on Instagram is to make their profile private. That way only people you approve can follow them. You can also hide offensive comments on their profile. Finally, make sure ‘close friends’ is set for their stories so those aren’t public either.

The best way to protect your tween on social media platforms

Social media is here to stay, and most parents don’t want to take it all away from their kids. Parental controls help, but they’re not the answer to protecting kids online. Instead, you need to have a level of trust and open dialogue with your tween or teen about social media use. That means explaining what your rules are, being supportive when they come to you with problems or concerns, and educating them on internet safety.

Another important step is making sure your children know how to block or report users. That way they can shut down anything uncomfortable before it escalates.

Erika hates writing bios but loves writing other things. She's really into geek culture, country living, and books. When not raising her 5 kids, you'll probably find her blogging over at prairiemommy.com, running her business at erikaf.ca, or wasting way too much time on Twitter (@TheErikaF)

The Ultimate Gift Guide for Tweens '20/21

How to set your tweens and teens up for financial success