I've been looking for tween birthday party ideas. Yup, it's ridiculous that I have a 12 year old now.

Considering that at 12 I thought I knew everything (it’s highly likely I did, because: awesome), I still look at our oldest and marvel at how grown up she can be one moment, yet still so young the next.

Yes I’m rambling about tweens again because they baffle me, and I’m sure this can only be outdone by the tween becoming a teen.

Oh gawd, someone pass me the manual for raising kids NOW.  Or a bottle of wine.

So rather than think about the consequences of this being our last year before Soph becomes an official teenager, I distracted myself with tween birthday party ideas and by styling up a vintage style birthday for her.  I was lucky enough to work with the party decorations supplied by Lark Store for this shindig, who have an incredible range of beautiful stuff that I almost couldn’t choose from.  Almost.

I’ll talk about the inspo and the details as we go through, but here is the end result for Sophie’s 12th Birthday Party. 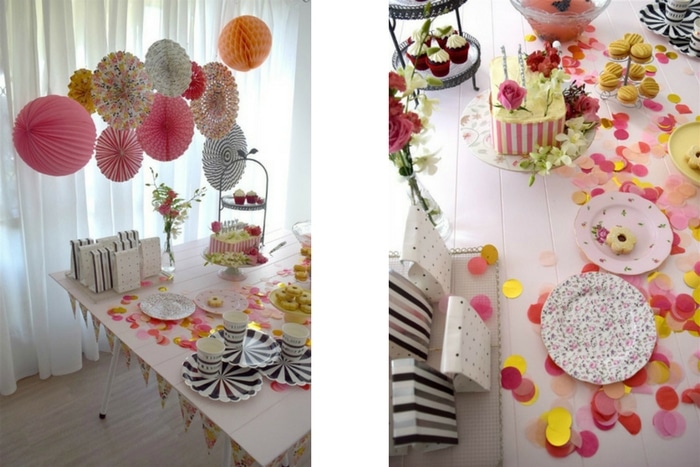 This beautiful set of My Story Party Fans were the inspo for the colour theme.  Soph isn’t a fan of too much pink, but mixed with the shades of peach, orange, black and white it was the perfect amount of grown up for our girl.

Then of course, the My Story Pennant Banner had to be in the picture, despite usually going out of my way not to be too matchy matchy,

The table top is actually a sheet of VJ panelling that I painted pink for a previous shoot, which worked out perfectly when I popped it on a couple of saw horses.  Which by the way, had orange legs so I chucked a rough coat of paint on them at the last minute to mute them.  Rough painting or rustic look, I’ll let you be the judge.

In true busy mother form, I completely forgot to get a cake topper of any sort.  Luckily I have clever friends who suggest that flowers would look amazing.  They were right, the flowers were the perfect choice for a vintage theme cake, and also helped tie together some of the table decorations too. 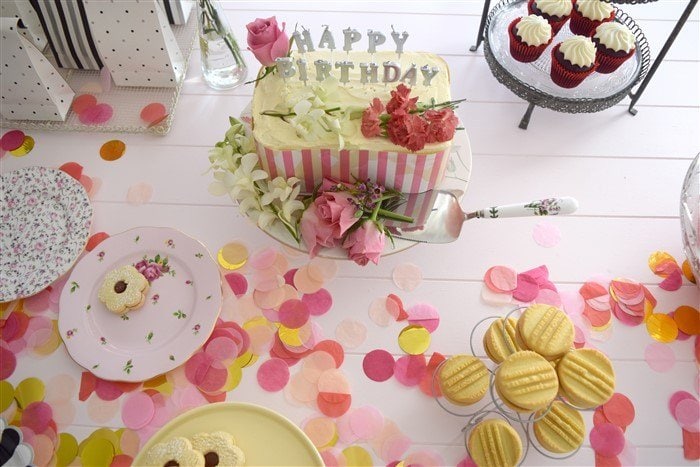 Adding the pink shimmer jumbo confetti was a bit of fun – I literally just poured it out and moved it around a little, letting it clump in some places then leaving a more scattered look in others.

This theme is perfect for those of you (like me) who don’t do perfect well.  I prefer the neatly messed look (and it’s much easier to say you planned it to look messy if you didn’t intend it that way!)

The little sparkle of silver in the cups was also a cool little way to compliment the glimmer in the confetti.  And because we had boys and girls at the party (as in, our own four boys plus the party girls, the monochrome party bags matched the theme while being gender neutral to hand out at the end.

Or half way through if you’re 3 and you can’t possibly wait any longer.

The cake is literally sponge cakes from the supermarket (4 layers, with jam between), slathered in buttercream.

I’ll be honest here and say that the only food for this party that I actually prepared beyond opening containers was the buttercream.  With end of term parties, graduations, orientations and fitting in some sleep, I didn’t have any time for baking this time.

I was totally fine with this.  So was everyone else.  Just goes to show you that home made or bought, they’ll love it.  And plus there were some blueberries in the punch, so that balances out the sugar – right?

I was really lucky to also have friends who have amazing cupboards full of even more amazing one off treasures, so I ransacked their stash for the plates and trays in the shoot.

But seriously, if you have more time, trolling seconds, garage sales and op shops will come up with the goods if you want to plan a vintage party.

There you have it!

I was freshening the paint on the VJs at 10pm last night, then throwing a rough coat of paint on the legs at 12pm today.  I just used safety pins to pin the fans up, and blu tac for the banner.

Oh, and I thought my hair was going grey but turns out it just has white paint in it from today’s effort. 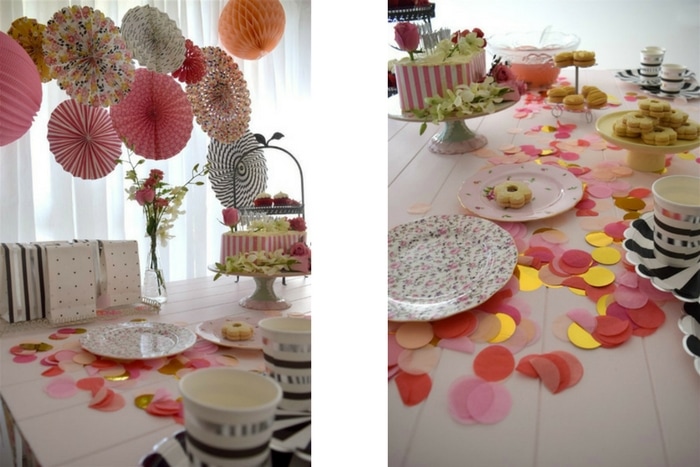 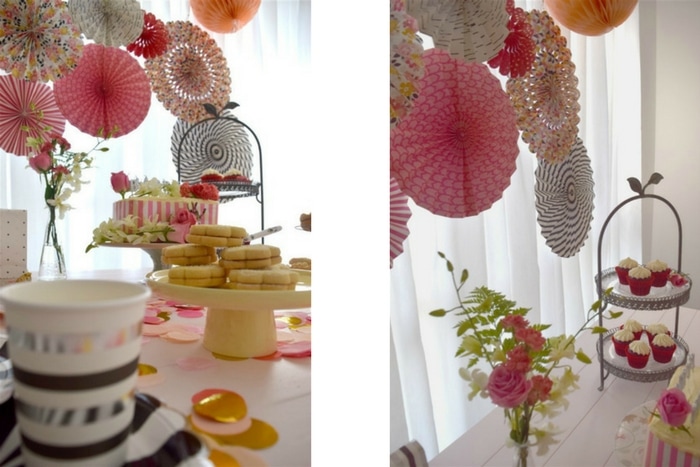 Republished with permission from The Styling Mama. 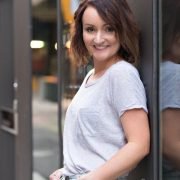 Kelly is the name behind The Styling Mama. She was a Registered Nurse for 13 years but now likes to go by the following job descriptions between parenting her five kids: social media addict; very ridiculously late night blogger; mum bun aficionado; sandwich crust connoisseur, and decor addict.

How to spot a tween: 10 signs to look for

12 things every 12 year old should know